HOME CARE AND CANINE COMPANIONSHIP IN THE COMOX VALLEY

Simone has over a decade's worth of experience in private care.
Taco will be certified as a therapy dog this coming spring. 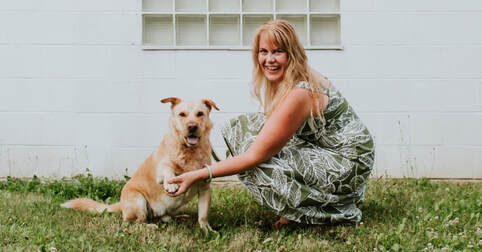 Simone started her career in private care as a companion in 2005. She was hired by families who sent her to the home of their loved ones to do things like play cards, hear favourite stories while flipping through old photo albums (often the same album multiple times per day), and to get clients talking and moving.

She was gradually asked to take on more responsibilities such as home (re)organization, light cleaning and meal prep, and setting up systems to help the clients keep track of things like when to take out their garbage. Concurrently she took private training for aspects of care such as wound prevention and treatment, nutrition, and range of motion exercises, and more. Soon she was giving complete care to clients with complex needs, including one client who had cerebral palsy, bipolar disorder, dysphagia, and could not move below the shoulders.

In 2014 she also took a Yoga Teacher Training course (200 hours) to learn more about optimal alignment and injury prevention.

The name Creative Simone comes from a lifelong belief that we all deserve to customize our own lives. In care this translates to things like organizing furniture to make it easier for the client to move in their space, moving the most commonly used household items within easier reach for the client, tracking down and making recipes from the client's childhood, organizing activities around the client's interests (like making model cars for a car lover who couldn't drive), and even once drawing a mustache on a client who wanted to make his young visitors laugh.

Not only does she develop relationships with the people she's hired to care for but has developed some genuine relationships with their families that continued for years after the loved ones passed on. She was even invited to be at the bedside of a former client as he passed away and it was this beautiful experience that has her considering also becoming a death doula so she can help families even more. 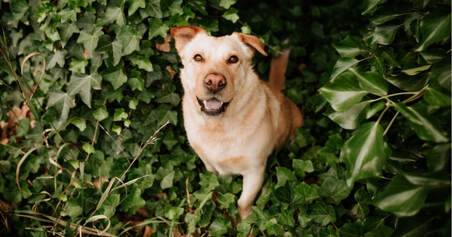 By Simone
It was love at first sight when I saw this sweet 40lb mix of Shar Pei, Lab, and Corgi. He's got short legs, a long body, and and a big head and tail. He looks so unusual strangers have lovingly called him Frankenstein, a freak of nature, a weirdo, and low rider. It's not unusual for strangers to laugh when they see him.

It took me four months to find him. I wanted a dog and followed all the dog rescue organizations on the Island and some in Vancouver. Every dog that might suit was snapped up by others before I could even meet it in person. I thought a lot about my dream dog and thought Taco would be a fun name.

One day at a community event I saw a very calm dog with short legs. I told his owners I have a special place in my heart for dogs with short legs and that their dog also seemed to be the perfect size and demeanor for me. I told them I wish they could clone him for me. They told me there was no need for cloning since he was up for adoption!

They told me he had been rescued from Tijuana by an organization that monitors local dogs and steps in if one needs help. On October 16, 2016, the organization found this dog in a gutter, covered in dog bites, fleas, and worms, so they took him in. He was so gentle with them and other dogs the rescuers named him Gentle Ben, after a famous sweet fictional bear of the same name.

I knew if he was good with my cat I had found my Taco dog. The meeting with the cat went well so I practically begged the rescue organization for him. Thankfully they agreed and on December 16, just two months after he was found in a gutter, gentle Taco Ben was mine :)

When I first got him he didn't want his face touched (who could blame him since part of his rescue was having seven teeth removed!), he was cautious around other dogs (who could blame him after being attacked?!), and he was happy to meet women (most of his helpers and rescuers were women). Now I am allowed to massage and scratch his face, give him eye drops, and even rub his gums (we are working up to brushing teeth). Now he's happy to meet any new dog and befriends most - he's only ever been grumpy with one dog who kept jumping on him. He sits patiently when strangers approach us to pet him (they usually pat his head but he'd prefer a shoulder, neck, or chest scratch). Occasionally he wants to approach someone and it's always the kind of person who gets on their knees to love him up and who will say something like he made their day. Gentle Taco Ben was born for work like this.